From the London Evening Standard: 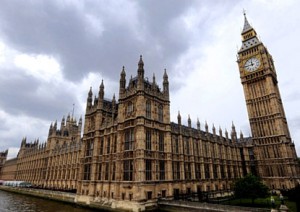 A union representing House of Commons staff has written to the Independent Parliamentary Standards Authority appealing for its support against cases of “abuse and poor treatment” by MPs.

As well as handling MPs’ expenses, Ipsa has responsibility for processing the pay of their researchers and office assistants, and provides MPs with model contracts for employment, including suggested pay-bands for different posts.

But the Unite union complained the watchdog has failed to protect MPs’ staff, and has even harmed their interests financially by reducing the budgets available to pay them, forcing some to be made redundant.

The Unite Parliamentary Staff Branch appealed for Ipsa to either review the way they deal with MPs’ staff or hand responsibility for their pay back to the Commons authorities.

MPs’ offices are treated in law as 650 small businesses, with each member responsible for recruiting and employing his or her own staff. But Unite denounced the arrangement as “archaic” and said it did not reflect the reality that staff are paid by Ipsa using money from the public purse.

The system had left 3,000 “vulnerable” staff with “woefully inadequate employment protection, next-to-useless disciplinary and grievance procedures and no rights to protect them from the whims of their sometimes appalling employers”, said the union.

The close working relationship between MPs and their teams meant staff were often unwilling to bring grievance complaints, even in situations where the law may have been broken.

The secretary of the Unite Parliamentary Staff Branch, Louise Haigh, said: “We have been extremely disappointed with the way in which Ipsa have handled MPs’ staff.

“As a shop steward, I have represented some appalling cases of abuse and poor treatment at the hands of MPs and we really hoped that Ipsa would come in to make this accountable and make the system fairer.

“Not only have Ipsa refused to take responsibility for the protection of the 3,000 vulnerable workers that work across Parliament, they have actually limited the discretion of MPs to run their offices so that the few good employers have had their hands tied.

“The Unite branch believe that Ipsa have already taken an interventionist role in the way that MPs manage their office. We have therefore asked that they either take this role to its logical conclusion and accept they are our employer or hand us back to the House authorities.”

Branch chairman Max Freedman added: “Ipsa have wilfully targeted staff in the aftermath of the expenses scandal. They have cut staff budgets, abolished bonuses – whilst paying bonuses for their own staff – reduced redundancy payments and allowed a two-tier workforce to develop with mandatory pay scales only applying to staff employed post-May 2010.

“Ipsa has impacted on staff terms and conditions and caused redundancies for many of our members.”

But an Ipsa spokesman responded: “We categorically reject the implication that we are wilfully targeting MPs’ staff.

“The statement issued by Unite contains a number of factual inaccuracies and confusions to address.

“MPs employ their own staff, Ipsa does not. It is the MP who advertises a position, shortlists and interviews candidates, makes offers to candidates and agrees a remuneration package.

“Ipsa has not paid its own staff bonuses. Ipsa made clear there was and is no need to make any redundancies as all existing contracts will be honoured.

“The staff budget is proving enough for most MPs and those who need more can apply for extra funding.

“What’s more IPSA has invested a lot of time and effort engaging with MPs’ staff. We have held a number of meetings with MPs’ staff and their representative groups, including Unite, and have hosted training sessions for more than 1,000 people who work for MPs.

“We are currently hosting a public consultation on all aspects of the rules including on staffing issues. We would hope Unite will make a more constructive response to that.”