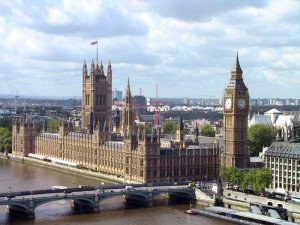 To improve social mobility in Westminster, interns need to be paid

Branch Chair Max Freedman was quoted  in the following article in the Daily Mail on unpaid interns in Parliament.

MPs may face investigation by the taxman over their refusal to pay the minimum wage to interns working in their offices.

Areas of concern are understood to include Parliament, where interns are routinely expected to work for nothing – and  industries such as the law and the arts.

Hundreds of MPs are thought to employ unpaid interns. The crackdown is part of a strategy to open up internships to more youngsters. Critics say failing to pay interns makes it impossible for many from less affluent backgrounds to gain experience.

‘At the moment you are supposed to pay people who do internships, but the rules are widely flouted at Westminster, as well as in industries like advertising, the media and the law.

‘HMRC are now considering targeted enforcement in areas where there is a problem.  Everyone has been looking the other way on this, but it is not right.’

Deputy Prime Minister Nick Clegg was accused of ‘total hypocrisy’ this week when he criticised middle-class parents for using their connections to help children get internships, after it emerged that Mr Clegg’s millionaire father had helped him get an internship and his first paid job.

He said the job market ‘should be about what you know, not who you know’.

The launch of the Government’s social mobility strategy was overshadowed when it emerged that Mr Clegg’s millionaire father had helped him get both an internship and his first paid job in his youth.

In an article yesterday Mr Clegg admitted he had been ‘lucky’ in life, but insisted this did not disqualify him from wanting to tackle inequality. He said many at Westminster had enjoyed a similar leg-up from their parents.

MPs may face investigation by the taxman over their refusal to pay the minimum wage to interns working in their offices. Areas of concern are understood to include Parliament, where interns are routinely expected to work for nothing

‘I have been lucky. When I was a teenager I benefited from securing a summer job, partly thanks to a helping hand from my father.

‘For most people that kind of fortunate start in life is unusual. But when I was debating the issue in Parliament yesterday I was surrounded by people who have either worked as interns or employ them in their offices, many not hired by a fair and open process.’

Yesterday, Clegg’s deputy Simon Hughes became embroiled in the row. He has advertised an unpaid office job while calling on universities to help poorer students.

He said later that it was ‘an opportunity to gather vital work experience’ – and no intern was taken on for more than four months.

Nick Clegg said he had been given a ‘helping hand’ by his father Nicholas, former chairman of United Trust Bank

Westminster is notorious for its intern culture, which makes it all but impossible for children from poorer backgrounds to get a break.

A survey by the Unite union found that interns in Parliament carry out an astonishing 18,000 hours of unpaid work a week. Some 44 per cent of interns said MPs did not even pay them travel or food expenses. Some MPs employ more than five interns in their offices. Up to 500 interns are operating in parliament at any one time.

Max Freedman, chairman of the Parliamentary branch of Unite, welcomed the prospect of a crackdown by the HMRC.

‘There is no doubt that the letter of the law is being broken on an industrial scale in parliament. Everyone glosses over it, but the law is very clear – if you are doing an internship with regular hours then you are a worker and entitled to the minimum wage.

‘No-one wants to talk about it because the MPs are getting free labour without dipping into their overstretched staffing budgets, and the interns are hoping to get a job and can’t speak out.

‘But it is damaging to social mobility that people are not being paid, because it means that only those wealthy enough to work for nothing can afford to do it. Increasingly that means that only that kind of person is able to get into politics.

‘Parliament should be setting an example on employment standards rather than sinking to the bottom.’

HMRC last night confirmed it was ‘considering targeted enforcement in areas or sectors where internships are commonplace’, but declined to comment on the exact areas of interest.