Ever been an agency worker? Take part in our Secretary’s trade union research 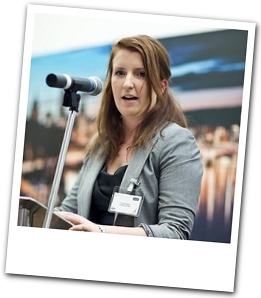 Our Secretary Louise Haigh is currently doing a Masters in Law at Birbeck University on the vulnerability of agency workers in UK employment law and their experiences with trade unions. If you’ve ever been an agency worker she’d be grateful if you’d take a couple of minutes to complete this short survey.

An article she has written for the Unite Scotland website is reposted below to explain why she is conducting the research:

With the EU Directive on Temporary Agency Workers due to come into force this October, the issue of their protection in employment law is once again up for debate. But what trade unions and political parties have failed to demonstrate is that this is not just an issue for agency workers but for workers everywhere. The loopholes that currently allow the exploitation of agency workers represent a crisis for social justice and the change that is coming will not improve the current situation; in fact, it may do quite the opposite.

Firstly, the last Labour government did its utmost to ensure that the legislation on agency workers was as weak as it absolutely could be. What further proof of this do we need than the fact that the Coalition government brought it in willingly, without having to re-negotiate, because it knew it couldn’t get any lower terms for agency workers than its predecessors had already managed. The UK and Ireland went further than any other EU state in extending the qualifying period before which agency workers receive equal treatment in terms of pay to an astonishing 12 weeks. Compare this to countries on the continent where agency work is strictly regulated so that companies can only use it in very limited circumstances – to cover high periods of demand, sickness and so on. Indeed, in certain countries, agency work is strictly prohibited, whilst in others, workers are engaged on flexible contracts but the rights that accompany these are not flexible – making a mockery of the argument from business that only reduced rights can deliver a flexible workforce.

Within the EU Directive is also the ‘Swedish Derogation’, which effectively provides yet another loophole for businesses and agencies to avoid paying agency workers at the same level as their comparators in the workplace. In situations where the worker has a contract of employment with their agency and if the agency pays the worker between assignments at a rate of at least 50% of an assignment pay, users of agency workers will not have to treat them equally in respect of pay or holiday pay.

Already, we have seen companies making full use of this – setting up agencies as companies within their own structures and avoiding the regulations, entirely legally but almost certainly immorally. Alongside this, software companies are taking the initiative and offering construction companies in particular, software that reminds them when the 12 week period is almost up, so they can disengage their agency workers and hire new ones. Some agencies are getting in on the act as well – offering another ‘service’ to help in the rotating of agency workers.

The story is just the same as it is in any poorly regulated sector – gaping holes in regulation and its enforcement, make unscrupulous users and employers inventive and creative – and why shouldn’t it? The message hardly came loud and clear from government, either this one or the last, that agency workers should be treated fairly and justly. As usual, the interests of business were the only game in town and their endless demand for reduced terms and conditions in the wake of the financial crisis. Trade unions face a serious challenge in attempting to organise and protect agency workers, and disappointingly, perhaps even more so once the much campaigned-for regulations come into force.