Almost one in three MPs are paying staff less than the Living Wage – despite their party leaders calling for the cost of living pay rate to be adopted across Britain.

Both Labour’s Ed Miliband and the Coalition expect bosses across the country to sign up to the voluntary anti-poverty initiative.

Max Freedman of the Unite union’s Parliamentary branch, which represents those working for MPs, said that was “outrageous”.

He said: “Parliament makes the laws and should lead the way in ensuring good employment practices.

“Yet, there are too many MPs who think they can get away with paying hard-working staff who are on the frontline, helping their constituents in tough times, wages that they struggle to get by on.

“All the main party leaders say they back the Living Wage.

“Instead of just paying lip-service to it they should ensure that MPs’ staff receive it.”

The Independent Parliamentary Standards Authority’s response to a Freedom of Information request came to light after the 25p Living Wage hike was announced on Monday.

The rise makes 45,000 people working for bosses who have signed up to the scheme, started by campaign group Citizens UK a decade ago, almost £500 a year better off.

About 100 employers are already signed up with dozens more on their way meaning big rises to thousands more workers.

The expenses watchdog didn’t reveal the names or party of MPs who are paying less than the Living Wage.

Say no to rural poverty – save the AWB, rural workers pay and terms and conditions 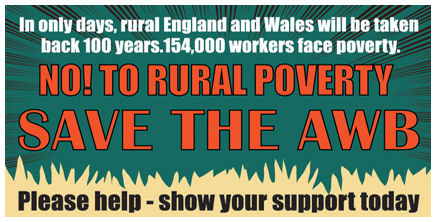 The coalition government is trying to scrap the agricultural wages board with just four weeks of consultation.

Without the AWB to negotiate pay and fair housing, wages will fall to the lowest legal wage possible. Bad employers will see this as the opportunity to cut pay and raise housing costs.

Unite has called on the government to extend the consultation on the future of the AWB to at least 12 weeks, to give rural workers a chance to get their views across.

This is fight for the future, the workers and the communities in which they live.  We must save the AWB.

Join us on Monday 12th November to secure a decent, fair and proper consultation on the AWB’s future, to save the AWB and to stop the slide into rural poverty.

After a number of campaign wins with IPSA, we have developed a short survey to collect members’ views about the workplace issues we should be campaigning on in the future. It only takes a couple of minutes to complete and if you leave your email address at the end you will be entered into a random draw to win a bottle of champagne:
https://www.surveymonkey.com/s/69GBYM8 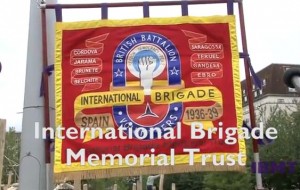 Branch members were once again out in force for the International Brigades Memorial Trust (IBMT) Commemoration in July at the Jubilee Gardens in London.

Click here for a video of the event, which shows Chair Max Freedman laying flowers at the memorial on behalf of the branch. The branch is affiliated to the IBMT and we encourage members to also sign up as individual members, which can be done here.

Summer Recess is a good time to look at what courses you could be going on to build your skills. The courses below are being run by Capita in August and are free for MPs’ staff to attend. Book by filling out the forms available on the w4mp website. As always, if you work in the MP’s constituency office and would prefer a regional course so you don’t have to travel to London, please email lauren.edwards@unitepsbranch.org

This year World Pride takes place in London, to coincide with the London Olympics.

To celebrate this and show the Unite Parliamentary Staff Branch commitment to the LGBT community, Unite 1/427 branch would like to invite colleagues to a DRINKS RECEPTION on Thursday, 5th July from 6.30pm to 8.00pm in the Jubilee Room

Working for Members of Parliament, we are considered to be employees of “micro businesses”, which employ fewer than ten staff. Following the Beecroft Review, the Government is currently consulting on whether a system of ‘compensated no fault dismissal’ should be introduced for such micro businesses, and what the consequences could be, including the wider impact on both employer and employee confidence.

As a union branch, we already see too many instances where our members have been eased out of their positions because of the whims of their bosses, and so we are concerned at these proposals that could make for even more job insecurity at Parliament. There are already too few protections, particularly during employees’ probationary periods.

Please take a few minutes to submit your concerns about this to the BIS consultation.  http://www.bis.gov.uk/Consultations/call-for-evidence-dealing-with-dismissal.

Sorry but we have had to cancel our social for the evening of Thursday 10 May in the Jubilee Room.

House staff who are members of PCS will be on strike for their pensions that day.

We ask branch members to respect picket lines and speak to their bosses about working from an alternative location. We will be rearranging the social for another time and will post details up here when they are available.

If you’d like to show your support outside of work hours, information about rallies and demos is available here.

Advice surgery for branch members coming up in May

An advice surgery for branch members will be held 1pm Thursday 24 May in the meeting rooms on the 1st floor of Portcullis House.

We will do them by short appointment so if you’d like to drop by and discuss an employment issue or just get general advice just email lauren.edwards@unitepsbranch.org before Wednesday 23 May.

Telephone surgeries will be arranged for any branch members who work in constituency offices.

It’s that time of the year again, when we can put in for volunteer places at various festivals through the Workers Beer Company. As a volunteer behind the bars you get free entry to the festival, a couple of drinks when your shift is over, and when you are not working (shifts are usually six hours long) you can enjoy the music and the atmosphere of the festival. The money from members working at these events goes to the branch and members decide how it gets spent. Below are the events available for this year.

If you are interested in taking part please email lauren.edwards@unitepsbranch.org with your name, contact details, Unite membership number and which festival/s you want to go to by Friday 27 April . First priority is given to branch members but if you have partners or friends who would be interested in going too please let me know. Please be sure you can go to the festival, as last minute cancellations can’t be replaced with other volunteers and it will count against your participation in future years: